Industreweb Collect links to all your sources of data providing real-time monitoring and decision making via its high speed logic engine. Monitor data, create alerts and trigger actions in other systems.

With an emphasis on flexibility and scalability Industreweb Collect is the "glue" between systems that enables you to solve productivity and efficiency issues. The key to this is the ability to collect raw data from any real world application and convert this into clean, usable data. However this is only the tip of the ice-berg for this feature rich product made for most industrial applications.

Industreweb Collect Factory Node links to all you sources of data providing real-time monitoring and decision making via its high speed logic engine. This enables monitoring of data, creation of alerts and trigger actions in other systems. Industreweb Collect supports a wide range of data sources including standards such as OPC DA and shop floor wired and wireless networks.

Industreweb Collect uses a Connector based Architecture to enable it to monitor a divers range of data sources within the manufacturing facility. This includes recognised standards such as OPC and wired networks such as ASi and wireless networks such as Zigbee. In addition traditional legacy database data sources are supported allowing including MS Sql, MySql and flat file formats such as XML and JSON.

Industreweb orchestrates data captured from the connectors using the IW Collect Logic Engine. This allows both simple and complex events to be defined, and once the criteria for any event is met a series of defined actions are triggered. This may include changing data in a connector displaying an alert on a screen, send an SMS or email or writing a value to a database. 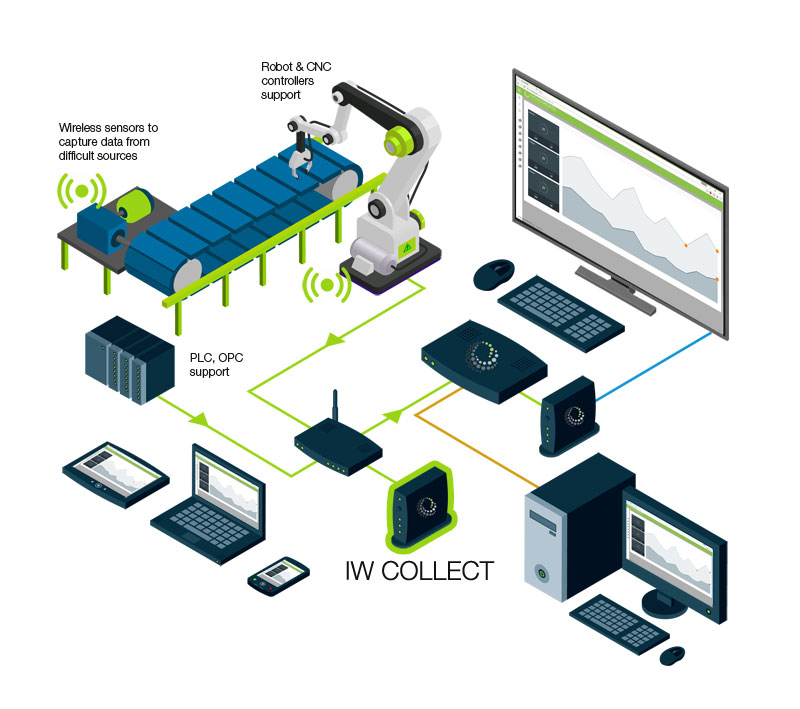 Collect supports many technologies including: 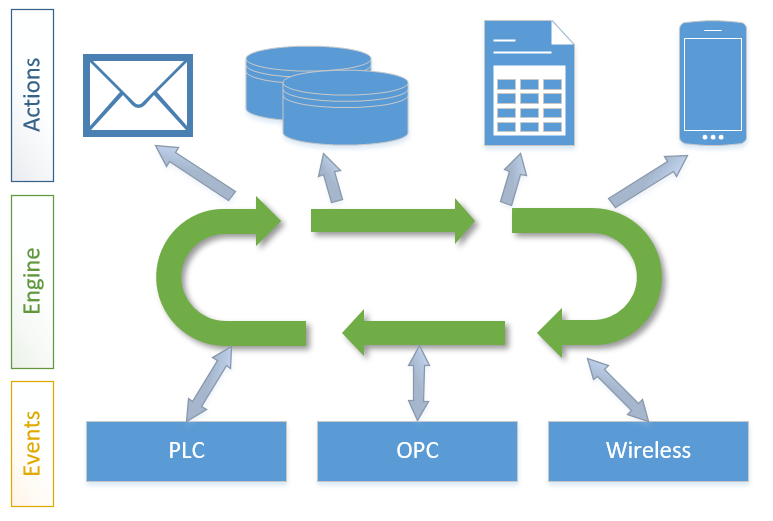